With the end of fun soon approaching (real life, living in a house as opposed to a car, being gainfully employed and daily showering) I’d planned one last hurrah with my mates Kev and Terry for a week of mountain biking in Queenstown, New Zealand. Hurrah!

The plan was to ride, drink, sleep, repeat.

I’d heard good things about the riding here, but the last time I’d been mountain biking was at Whistler, Canada and I didn’t fancy Queenstowns chances of impressing me more than Whistler. But bloody hell, it sure did.

The hill at Queenstown isn’t as big as Whistler, but they fit an amazing number of really well thought out tracks into such a small space. The more you ride them the more you appreciate them. The faster you go the more you realise that keeping your wheels on the ground is completely optional. You can send it (mountain biker talk for take inappropriate risks) the whole way down.

Instead of a chairlift there’s a gondola. On my first day, after a big night I was convinced this glass cocoon of sea sickness’s only purpose was to prevent me from emptying my stomach of last night’s tequila into consequence-free free space. My main concern in my delicate state was sure that once the Mexican liquid left my mouth/nose/eyes/ears and got spayed back into my and my compañeros faces it would trigger what I like to call tequila hangover critical mass. In short order the gondola would turn into a fish bowl of worn out, dehydrated middle aged men swimming and convulsing in last night’s tequila and kebabs. With this in mind most of my gondola rides were made holding onto the seat, breathing deeply, remaining perfectly still and staring at the horizon. 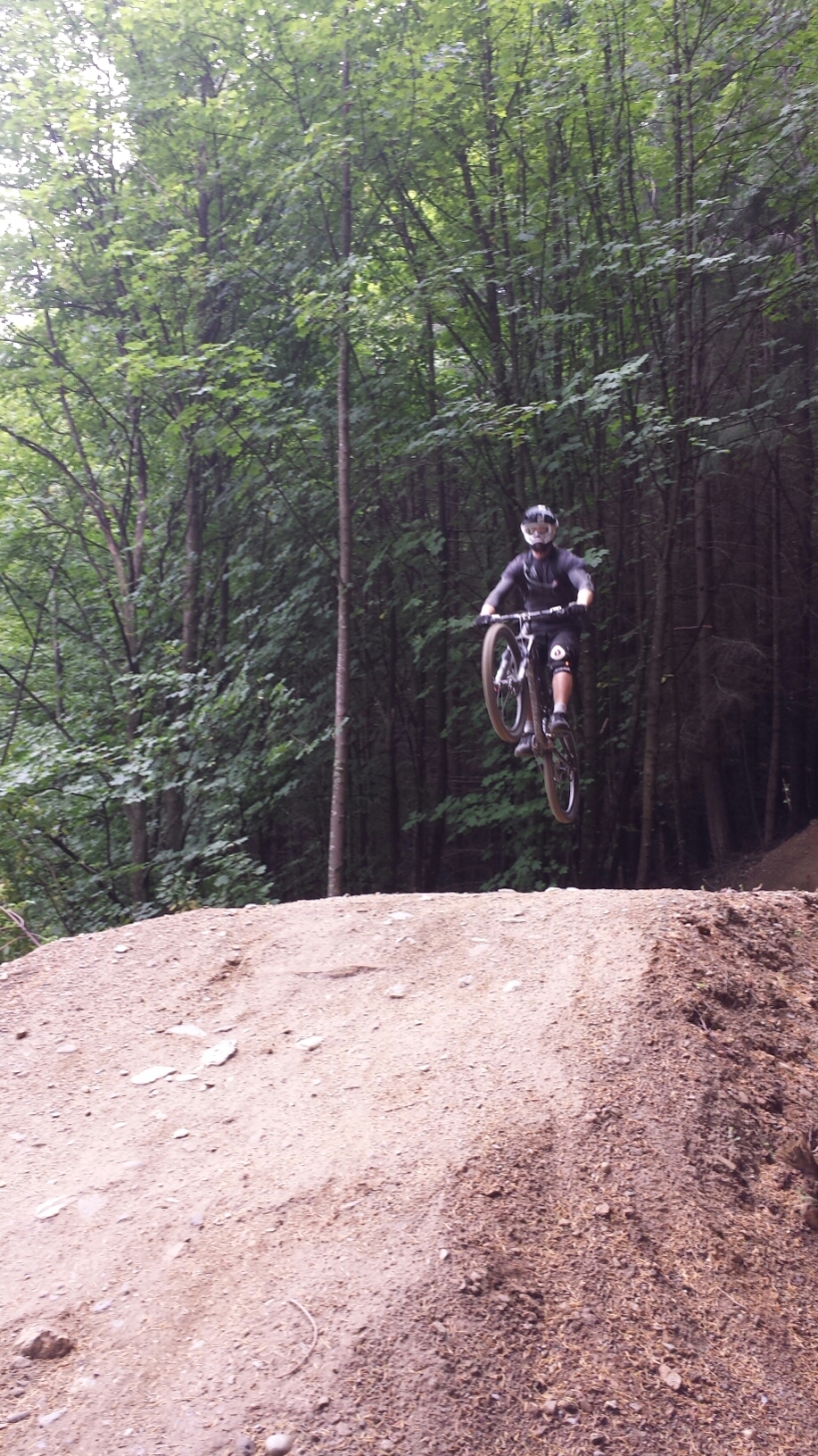 The tracks in Queenstown are so good they make you feel like kung fu panda in his opening scene. There’s no charge for awesomeness, or attractiveness.

We spent most of the time riding downhill in the bikepark, courtesy of the gondola. But we also made a trip out to the 7 mile bike trails and Coronet peak trails. 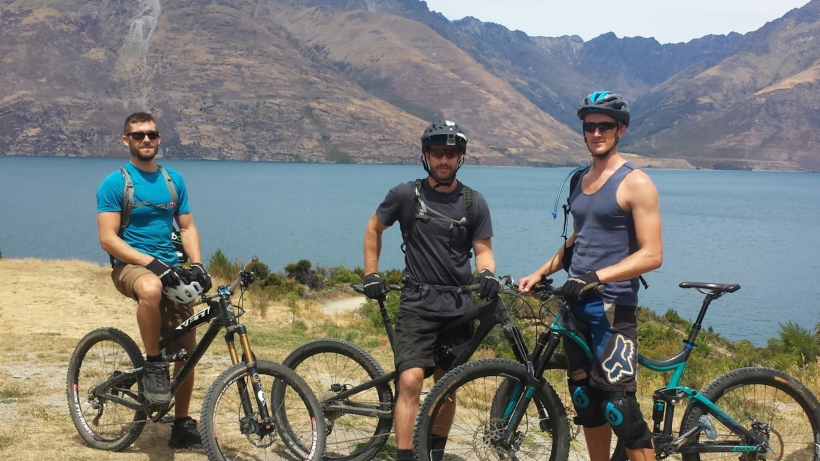 You can ride out to 7 mile, but we took a bike taxi up to Coronet Peak. This was organised through Vertigo bikes. There’s also the Gorge Rd dirt jumps.  Probably the best jump park I’ve ever seen. The effort put into these in incredible, I’m pretty sure some of the ramps even go upside down.

The view from the top of the gondola

I took one day off riding to head out for a walk at Mt Cook but unfortunately it was pretty overcast. Even so the drive out there was amazing. I felt like we were driving to Mordor. 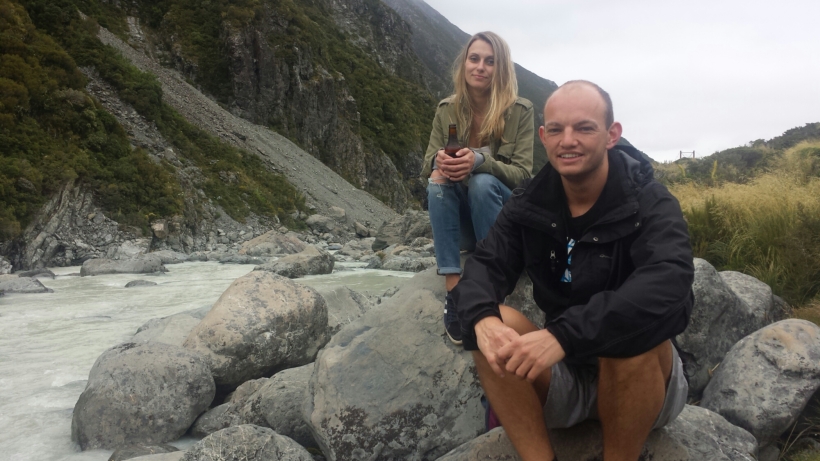 At some stage I’ll definitely be back. There’s so many hikes I would like to do around Queenstown and plenty of other extreme for extreme men like myself to get excited over.

One thought on “Queenstown extreme” 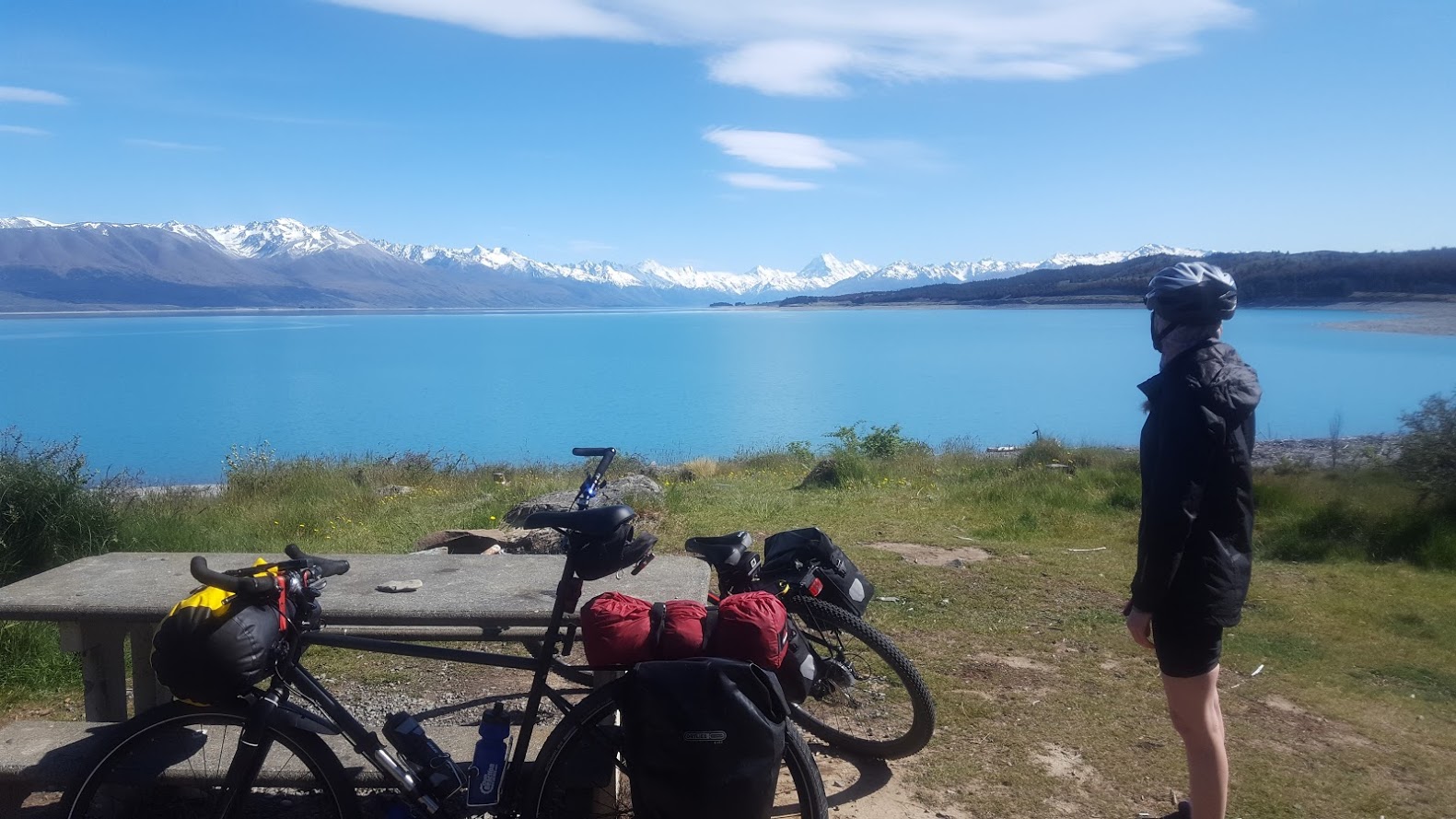 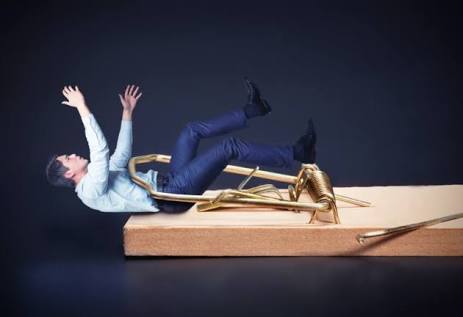 Money, Retirement, Life – 3. How much do you need

Money, Life, Retirement – 6. If God is a DJ, life is the dance floor, love is the rhythm and you are the spreadsheet**

Money, Life, Retirement – 5. How to get to where you want? 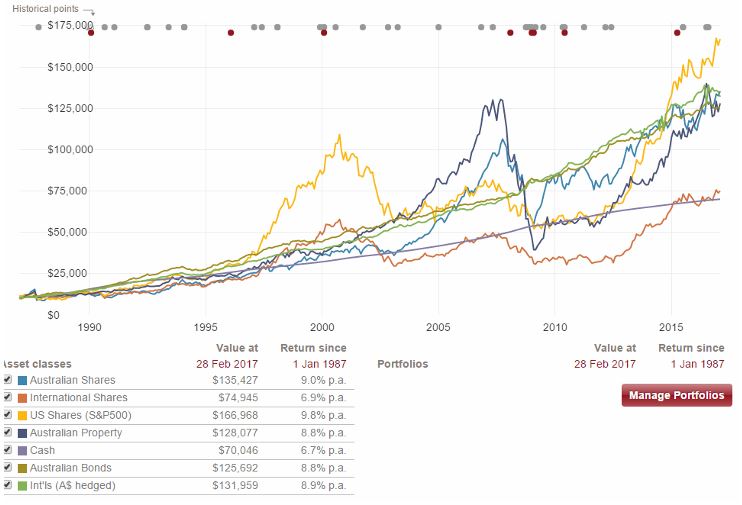